Great book for first-time dads, newly revised and expanded version now out... Congratulations, You're gonna be a dad! 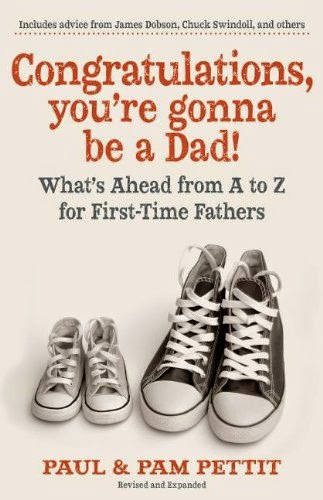 Get your copy now...

Father accidentally films his own death

When Google executive, Forrest Hayes, 51, installed surveillance cameras in his luxury yacht he probably had security reasons in mind. Now, Santa Cruz, California police say the hidden cameras reveal images of the prostitute Hayes hired coolly stepping over his lifeless body and calming taking one last drink of wine before pulling down the blinds and quietly exiting the boat. Hayes, a married, father of five, found Alix Tichelman, 26, on a sleazy website where older men hire younger women for "arrangements," i.e. prostitution. Tichelman is shown on the yacht videos injecting Hayes with heroin among other activities. When complications set in and Hayes began to struggle for his life, Tichelman showed no signs of offering assistance or calling 9-1-1. Among her Facebook postings were these gruesome thoughts, "Really nice to talk with someone about killing sprees and murdering people in cold blood...and they love it too, no judgment, yay!" she wrote on her page.

Hayes’ family, trying to remember the good times, released a statement to the media saying, ““Forrest will be remembered above all as a loving husband and father.” So read his obituary, which was published in the Santa Cruz Sentinel. “More than anything else he enjoyed spending time with his family at home and on his boat. His brilliant mind, contagious smile, and warm embrace will be missed and cherished in memories by his friends and family.” How sad. The Google IT executive who previously worked for Sun Microsystems and Apple apparently led a secret life. Police are unsure whether the heroin injection was a one -time event or whether Hayes was a regular user. Authorities have already confirmed this was not his first dalliance with Tichelman.

This story should remind all husbands and fathers; you are leaving a lasting legacy. Either positively or negatively spouses and children live with the memories and moments spent with their husband and/or father. No man can be perfect. There’s no use trying. But how will you be remembered? It’s not in the one-time events where we make the most impact as dads. Sure, the photos from the Grand Canyon or Disneyworld go up in our offices or on the walls of our homes. But it’s in the daily routines, the little things in life, where we often leave the most lasting impact. Did my dad ever play catch with me in the back yard? Did he attend my school’s drama production where I played a supporting role? Was he loving, kind, involved? Did he show up? Was he faithful? These are the questions wives and children ask.


Father wounds hurt. And they leave a mark. One day children will look back and remember the good times and the bad. They ponder the high and low points. If you are a dad and you are involved in a secret, double life; let the warning of this pathetic story shock you back to your senses. If you are addicted or struggle with gaining freedom from destructive habits, seek help. If not for the sake of your family it might be for your own life.
Posted by Paul Pettit at 3:48 PM