I have a friend, Patrick DeMuth, who's wife Mary has written a powerful new memoir. Dynamic Dads recommends this new book.
Posted by Paul Pettit at 9:40 AM

What a sad story from Dallas. Apparently, a 9 year-old boy has committed suicide and reports are emerging that he took his own life because he was being bullied. All Dynamic Dads need to warn their children about both the effects of bullying and being bullied. Schools should have a zero-tolerance regarding bullying. - Dr. Paul Pettit
******************************
By JANA MARTIN and ABIGAIL THATCHER ALLEN / The Dallas Morning News

Counselors will be on hand today at a Colony elementary school where a 9-year-old student died after apparently hanging himself in a bathroom.

A staff member at the school found Montana Lance of the Colony unconscious about 1 p.m. Thursday in the nurse's bathroom at Stewart’s Creek Elementary. No students saw the boy, school district spokeswoman Karen Permetti said.

Montana was taken to Baylor Medical Center at Carrollton, where he was pronounced dead, police said.

This morning, many parents dropping their children off at the school, in the 4400 block of Augusta Drive near North Colony Boulevard and Main Street, were unaware of the death.

Stephanie Rodriguez said a PTA meeting was canceled last night without explanation. She said the fourth-grader's death was hard to fathom.

"It's very sad," she said. "I just can't imagine why this happened."

Rodriguez, the PTA treasurer, said her 9-year-old son was so troubled by the incident that he had to sleep with her last night.

Permetti said a letter would be sent to parents today informing them of the death.

"This family is in our thoughts and prayers at this time with their grief," she said.

Students, parents and staff members at the school will have the chance to speak to grief counselors today and throughout next week.

Permetti said she was unaware whether Montana was a victim of bullying.

"Our district is extremely proactive in any bullying activity," she said. "We just don't tolerate that."

Email ThisBlogThis!Share to TwitterShare to FacebookShare to Pinterest
Labels: 9 year-old boy commits suicide due to bullying 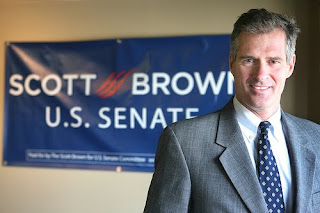 Scott Brown is the new Senator from Massachusetts. His father and his grandfather were active Republicans. His father has said that young Scott became interested in running for political office in the mid 1960s while accompanying him on a campaign for state office; Scott Brown recalls holding campaign signs for his father.

Brown has said that he "didn't grow up with all the advantages in life" and that his working mother needed welfare benefits for a short time. During various periods of his childhood, Brown also lived with his grandparents and his aunt. Brown has stated that at the age of twelve he was brought before Judge Samuel Zoll in Salem, Massachusetts for shoplifting record albums.

Zoll asked Brown if his siblings would like seeing him play basketball in jail, and required him to write a 1500 word essay on the topic as his punishment. Brown said, "That was the last time I ever stole, the last time I ever thought about stealing... The other day I was at Staples, and something was in my cart that I didn’t pay for. I had to bring it back because.... I thought of Judge Zoll."

Email ThisBlogThis!Share to TwitterShare to FacebookShare to Pinterest
Labels: How can we teach our kids that stealing is wrong?
Newer Posts Older Posts Home
Subscribe to: Posts (Atom)