Dad, Christmas time is a hectic time. Make sure you take time out for the simple things during this time of year. Spend quality and quantity time with your family if at all possible. Look for ways to encourage giving to others who may be less fortunate. Work on establishing new family traditions that can be passed down to sons and daughters. Make the effort to spend time with extended family as this helps your own children learn they are a smaller part of a larger whole. Attend a Christmas or Christmas Eve faith service so that everyone remembers the REAL reason for the season. Merry Christmas, Dads! 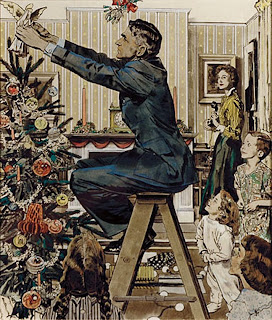 Dad Life from Church on the Move on Vimeo.

From a 10 year-old boy:
"My friend has a grandfather who plays with him and shows him a lot of stuff. My grandfather lives far away. How can I get a grandfather? I want one."
Did you know that 95% of all people over age 65 who have adult children also have grandchildren? That's about 60 million Americans! Did you know that the average age at which Americans become grandparents is 45 and that a majority of men expect to become grandfathers at age 52? That means men today can expect to spend the majority of their adult years in this critical role.

Researchers have found that grandchildren who have a close relationship with a grandfather are likely to perform well in school, display positive emotional adjustment, have higher self-esteem, and a greater ability to develop and maintain friendships. Grandfathers who report having close relationships with grandchildren describe the significant joy they experience as a result of the unconditional love they feel for their grandchildren. Spending time with their grandchildren and displaying photographs of them provides reminders of their connection to future generations.
(Adapted from: Ohio State University Extension: Senior Series)
Posted by Paul Pettit at 9:48 AM

A good reminder for parents with teenagers.... 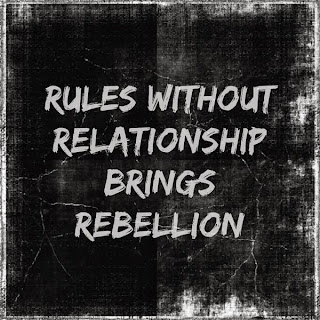 Is this mom on to something? Lots of parents are discussing this book: as seen on a morning talk show... 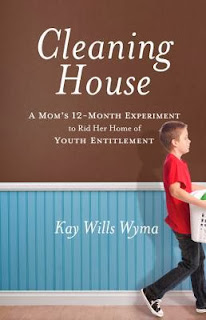 Are your children assigned "chores?" Do you nag your kids to do them? What are the consequences if your kids don't do their jobs around the home?
Posted by Paul Pettit at 10:54 AM

Dads: I strongly encourage you to consider taking your son on this trip. It is a life-changing week...
see: Wilderness Passage 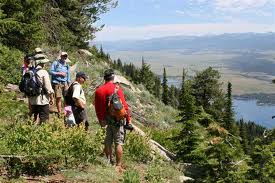 New book for those going to Christian College, Bible College, or Seminary... 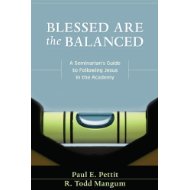 Mob rule in Texas: Midnight in the garden of good and evil in Austin

Something strange happened on the way to Wendy Davis becoming a rising political star among pro-abortion liberals. Davis, a Texas state senator from Fort Worth, attempted to engage the time-honored tradition of invoking a filibuster when it appeared Senate Bill 5, limiting abortion after twenty weeks gestation and holding abortion clinics to the same medical standards as area hospitals, was about to pass. (The bill did indeed pass on a vote of 19 for and 10 against, but the vote was electronically time-stamped at just after midnight, thus nullifying the vote due to its passage coming after the close of the legislative session.) The reason the vote didn’t get recorded in time? Texas state senators faced the near-impossible task of attempting to talk over the screams and shouts of the pro-abortion protestors in the upstairs visitor’s gallery. On this occasion at least…the mob won.

Davis stood tall for the pro-abortion cause for 13 hours. Under strict Texas filibuster rules she was not allowed to sit, lean, eat, drink, receive assistance, or stray off topic. A few minutes before the clock struck the bewitching hour of midnight, the mob, egged on by Davis; inserted itself into the legislative drama. The boisterous pro-abortion crowd had gathered and grown throughout the day and early evening due to the planned, strategic use of social media. Even President Obama weighed in tweeting, “Something special is happening in Austin tonight…” And he inserted the “pre-approved” hash tag #StandWithWendy” Something special was indeed happening. Lt. Governor David Dewhurst, presiding over the vote, called the crowd an “unruly mob,” and reported a “ruckus” had broken out. Austin area police and Texas Legislative security guards were summoned in an attempt to keep the crowd from shouting down the floor proceedings…all to no avail. Early on in the shout-fest State Senator Wendy Davis turned to the crowed, raised both arms, and appeared to encourage the protestors to scream even louder. But later, even Davis herself couldn’t control the throng. She valiantly tried putting her index finger to her pursed lips but the frenzy was now beyond even Wendy’s control.
In her book, Demonic: How the Liberal Mob Is Endangering America, columnist Ann Coulter writes, “The mob will never support defending America, only those who seek to undermine it. The mob will never side with those who seek to protect human life, only those who seek to destroy it. The mob will never support the creation of wealth, only those who seek to punish it. The mob will never defend traditional morality, only those who seek to subvert it. And if you oppose the mob, it will come after you like a pack of ravenous hyenas,” (p 288).
It was strange watching the ravenous hyenas in action on June 25, 2013 in Austin, Texas. The reason I was able to watch? It was live-streamed over the internet. Everyone saw Sen. Davis and her exhausting filibuster. But since the unblinking eye of the internet web camera has no moral or prejudicial filter the world saw not only a calm and composed Wendy but an out of control and unruly crowd. On this night Wendy Davis indeed became a media darling…Queen of Abortion Rights. How long her popularity will last is anyone’s guess. Angry mobs, demanding they be heard and followed over elected officials, are a fickle lot. Another special session has already been called to reorganize a civilized debate surrounding these same issues…it’s a hot topic.
Of course, all of this falls against the ugly backdrop of Kermit Gosnell. Gosnell performed some 16,000 abortions over 31 years at his "clinic" in west Philadelphia - a poor neighborhood in one of the poorest big cities in the United States. According to those responsible for regulating abortion clinics, his practice was fine. But they hadn't checked…or listened to complaints from doctors and other professionals…or done anything after two women died from treatment there. District Attorney Seth Williams reported, “Children were being born alive…they breathed and moved, they cried, and he severed their spinal cords and murdered them.” Gosnell was only stopped in 2010, when police executing a drug warrant entered the clinic and found a house of horrors. Included were feet in jars, bones in drains and fetuses stored in freezers above refrigerators that held workers' lunches.
The gruesome details - including the dangerous, even lethal practice of using untrained staff to sedate women - are cataloged in the grand jury report. Last month a judge sentenced Gosnell to three consecutive life sentences for killing three newborns by snipping their spinal cords at the neck. These details beg the question, “What specific facts about bringing abortion clinics up to state and federal hospital standards does Wendy oppose?”
Full disclosure here; my wife is a neo-natal nurse practitioner at the world-famous Parkland Hospital in downtown Dallas, Texas. She provides care for babies born prematurely…sometimes at 26 and 27 weeks. She regularly holds one and two-pound babies in the palm of her hand. (The same size, and age, of the babies Gosnell and his associates terminated.) Pictures of these infants and their parents often line the isolettes and hallways. They are described as “struggling for their life” and neo-natal nurses are heard to pronounce, “this one…she’s a fighter!” Recent polls suggest the majority of Americans disapprove of late-term abortion. And Melinda Henneberger, a Washington Post political writer, notes, “The (proposed) Texas law is not unlike legislation on the books all over Western Europe, where late-term abortions are rightly considered barbaric…” Some pro-life advocates now suggest younger Americans, more in tune with technology, are turning toward the anti-abortion position due to the wide availability of 3-D high-resolution sonograms. "Hmm, oh my, yep, that is a baby!"
During Wendy’s monologue on the Senate floor another state senator stood patiently as well. Dr. Robert Deuell several times appealed to the chair for the opportunity to ask Wendy a question. A handful of times his appeal was granted. But each time Wendy coldly responded, “I’m not taking questions.” There was a palpable sense that questions from Deuell regarding issues of medical care and hospital or clinic guidelines would have been helpful and even informative. Sen. Deuell attended the University of North Texas. Later, he earned a degree in biology from George Mason University and earned a doctorate of medicine from the Medical College of Virginia. He has practiced as a board-certified family physician in Greenville, Texas for twenty-five years and also serves as an instructor for medical students and residents across the state of Texas. Seems like Deuell could have shed light on the upcoming vote the senators were facing. Surely they didn’t want a Gosnell disaster on their hands, staining the reputation of their districts. But there was Wendy, “I’m not taking questions at this time,” followed by a polite but quiet, “Thank you,” from Dr. Deuell. It was quite a striking contrast.


Interested observers will have their eyes on the Texas Capitol building in Austin, Texas. The debate is scheduled to be taken up again on Monday, July 1st, 2013. Will Wendy attempt another 13-hour filibuster to explain why 20 weeks (the half-way point) is just not enough time for a mother to determine whether she should abort? Will Dr. Deuell explain how and why abortion clinics need to be regulated? Will the angry mob return to shout down the senators? Hey Senators, next week the eyes of Texas…and the world…will be upon you.
Posted by Paul Pettit at 1:16 PM

If you live in the D/FW Metroplex, sign up now for the Chaplain Bill Golf Classic: April 8th, 2013!! 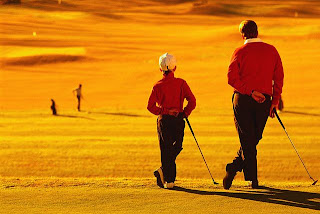 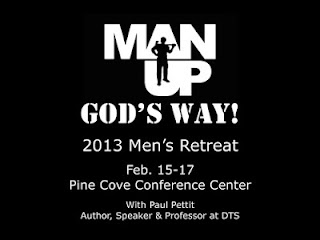