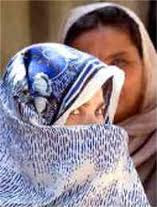 In the United Arab Emirates' (UAE) highest judicial body, it has been deemed just fine for men to beat their wives and children. The only stipulation is that such beatings shouldn't leave marks.

According to CBSNews, the ruling clearly shows a strong deference to Islamic law. The ruling was made based on a case that was heard earlier in the month, in which a man had beaten both his wife and adult daughter. He was said by the court to have crossed the law's line, because his wife had visible injuries in the beating.

"The beating left the wife with injuries to her lip and teeth and the 23-year-old daughter suffered bruises on her knees and hand. In ruling against the defendant in that case, Chief Justice Falah as Hajeri stated that there were conditions when domestic violence was acceptable."

The laws translates like this. If a man hits his wife and/or minor children, it is condoned. However it is only considered acceptable if no marks are left. It doesn't specify if those marks need to be left where they could plainly be seen. For example, what if the marks were not visible? Is this considered acceptable by Islamic law?

Once a child reaches puberty, it is considered inappropriate for the father or husband to beat them. However children under that age may be beaten. The law, however, prefers to call it discipline.

It is beyond disgusting that laws like this one exist in this world in this day and age. It is devastating to think that women and children can be physically harmed by a husband or father for any reason whatsoever. Dynamic Dads strongly condemns these recent rulings.