The Back-to-School rush is on...

With five children, mornings before school started were often hectic. And the night before? Well...how many times did one of our kids say, "Hey, I need a white poster board for an assignment by tomorrow morning!" Ugh...
This article is a reminder, from our friends at Family Living Today, to stay organized during the critical back to school days... your children will thank you later.

https://familylivingtoday.com/back-to-school-guide/
Posted by Paul Pettit at 10:23 AM

What happens if Social Security fails?

A wonderful challenge from my friend, Herb Reece: What happens if the government cuts back on Social Security payouts? Will the local church step up?


By: Herb Reece
I’ve been saying for many years that America’s churches have abdicated to the federal government their responsibility to provide for the needs of their widows, widowers, and others. Biblically speaking, the church has the responsibility to guarantee the well-being of those in its midst with long term pressing needs. (See, for example, 1 John 3:16-18; Titus 3:14; Acts 4:34, 6:1-6; 1 Timothy 5:1-15, etc.) The church has increasingly been marginalized in American culture because it has been disobedient in this role. For example, how many churches do you know with a “widow’s list” as described in 1 Timothy 5?
In its place, the federal government has stepped in to provide a Social Security “safety net” for the elderly and disabled. For decades, that safety net has worked fairly well. Social Security is one of the government’s most popular programs. But with a national debt standing at over 22 trillion dollars and another 1 trillion or so being added to it every year, the federal government is going to have to cut something.
Recently, President Trump has proposed cutting Social Security and Medicare.


Republicans on Capitol Hill say Donald Trump may be willing to cut Social Security and Medicare if he wins in 2020, reportedly describing the potential move as a “second-term project.” (Yahoo News, August 29, 2019)

I’m not here to get into politics, nor to discuss the merits and demerits of cutting Social Security. What I do want to say is that America’s churches have a golden opportunity to step up to the plate and assume their biblically mandated responsibility once again. If every church in America took financial responsibility for replacing any cuts to Social Security for just five of their widows, that would be 1.5 million widows the church would be helping.
Replacing for its widows the money the government cuts from Social Security may sound like a radical concept. But it’s not a radical biblical concept. It’s just the church doing what the church is supposed to do.

This post first appeared in NewCommandment.org.
Learn how to mobilize your men’s ministry to meet every pressing need in your church here.


Herb Reese is an author, public speaker and President of New Commandment Men's Ministries. Herb has a B.A. in History from UCLA and a Th.M. in Pastoral Ministries from Dallas Theological Seminary. He has done post graduate work in The History of Ideas at University of Texas, Dallas and in Church Administration at Trinity Evangelical Divinity School. After serving as a pastor in three churches in Texas, Illinois and Colorado over a period of twenty years, Herb founded New Commandment Men's Ministries, a ministry dedicated to helping churches recruit, train, organize and deploy teams of men who permanently adopt their widowed and single parents. Herb has served as President of New Commandment since 2003 and has helped over 900 churches develop men's team ministries in 49 states and eight foreign countries.
Posted by Paul Pettit at 8:13 AM 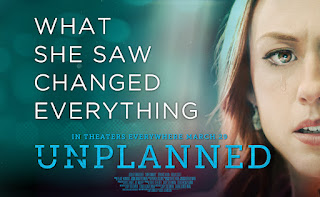